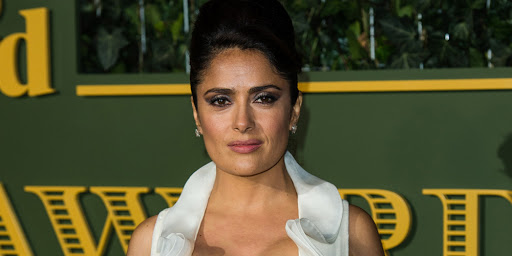 The Mexican actress will play clairvoyant Pina Auriemma in the drama, which chronicles the murder of fashion empire heir Maurizio Gucci.

“So happy to have my good buddy Salma join our wonderful cast!” producer Giannina Scott tells Deadline. “I’ve been talking with her about this Gucci project for 20 years! Now it’s happening and she is a part of it.”

House of Gucci is based on Sara Gay Forden’s book The House of Gucci: A Sensational Story of Murder, Madness, Glamour, and Greed, and follows the real-life events in the 1980s and 1990s that led to the murder of Maurizio a former head of the Italian fashion house and the grandson of founder Guccio Gucci who was killed on the steps outside his office in 1995.

His ex-wife Patrizia was dubbed the Black Widow during her trial, and was convicted of plotting his murder and sentenced to 29 years in prison in 1998, but was released in October 2016.