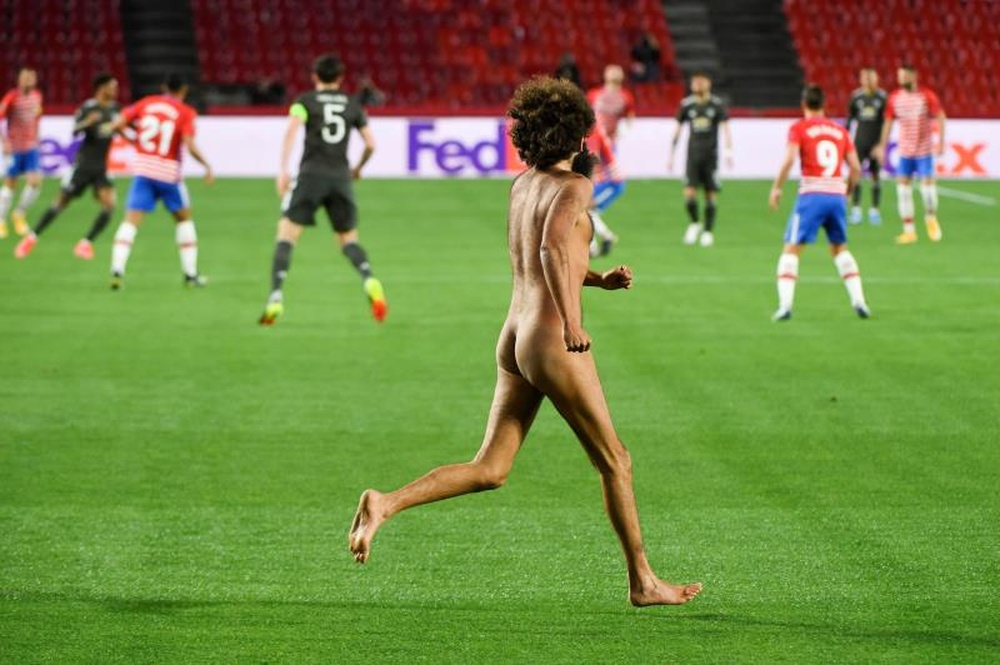 The Europa League quarter-final first leg between Granada and Man Utd was stopped in the fifth minute after a streaker ran onto the pitch. He did not even have a mask on.

The Europa League tie between Granada and Man Utd was interrupted early on for a rather strange reason.

Despite the game being held being closed doors, in the early exchanges of the contest, a streaker managed to get past stadium security and get onto the pitch.

His name is Olmo Garcia, who is well known in Granada for walking around nude and also taking photographs of himself in the most emblematic parts of the city. Garcia walks around nude in public places as he calls it “a manifestation of his desire for world peace”.

The match was held up for a few moments in the fifth minute of the first half. That was when he entered the pitch before the police took him away.