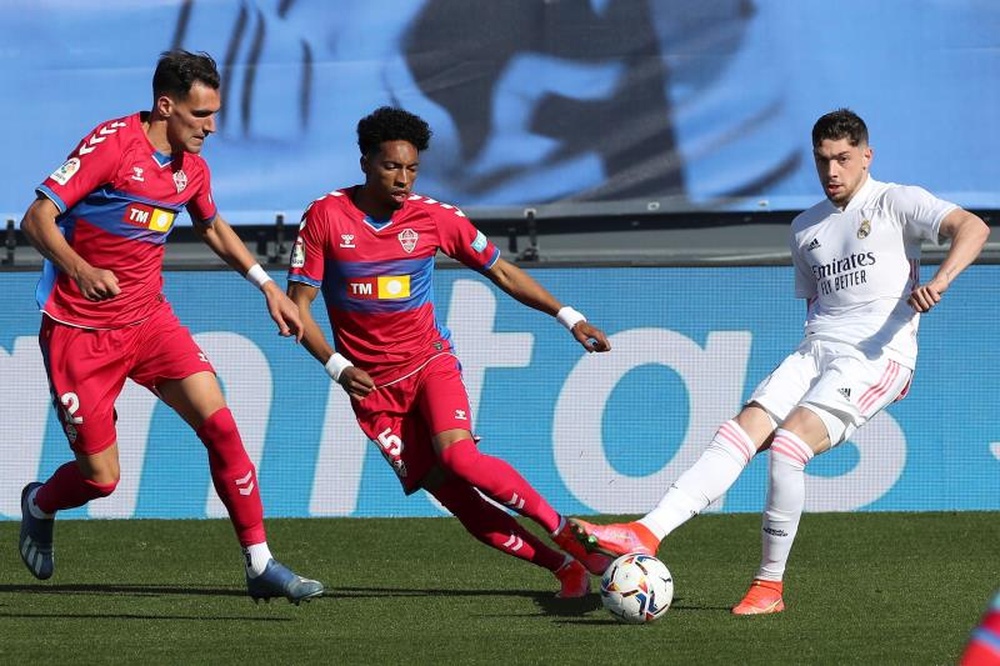 Real Madrid are monitoring their injury list, with a look towards the quarter-final second leg tie against Liverpool.

The club confirmed on Sunday that Lucas Vazquez’s season is over, but Fede Valverde has not yet been ruled out for the clash at Anfield. He suffered an injury to his foot in ‘El Clasico’ and, depending on how he feels, he may or may not play against the ‘Reds’.

It’s been a busy day for the club doctors in the Santiago Bernabeu. Madrid have carried out tests to many of their players.

Amongst them, Fede Valverde, who has been put in doubt for the match against Liverpool. He had to be subsituted after an hour in ‘El Clasico’ after a hard challenge. According to what sources from the club have informed ‘EFE’, the Uruguayan central midfielder suffered a blow to the sole of his foot and is doubtful for Wednesday’s CL clash. It will all depend on how he feels in the next few days.

In addition, the club announced that Lucas Vazquez will not play again this season. The clash with Busquets in ‘El Clasico’, sustained whilst duelling for a 50/50 ball, provoked an injury which has forced the attacker to say good-bye to his season and maybe also to Real Madrid. The Galician is still yet to reach an agreement with ‘Los Blancos’ to renew his contract.

“From the tests carried out on Lucas Vazquez by Madrid doctors, we have diagnosed a sprain in the cruciate ligament behind his left knee”, confirmed Real Madrid’s club doctors in a medical report.